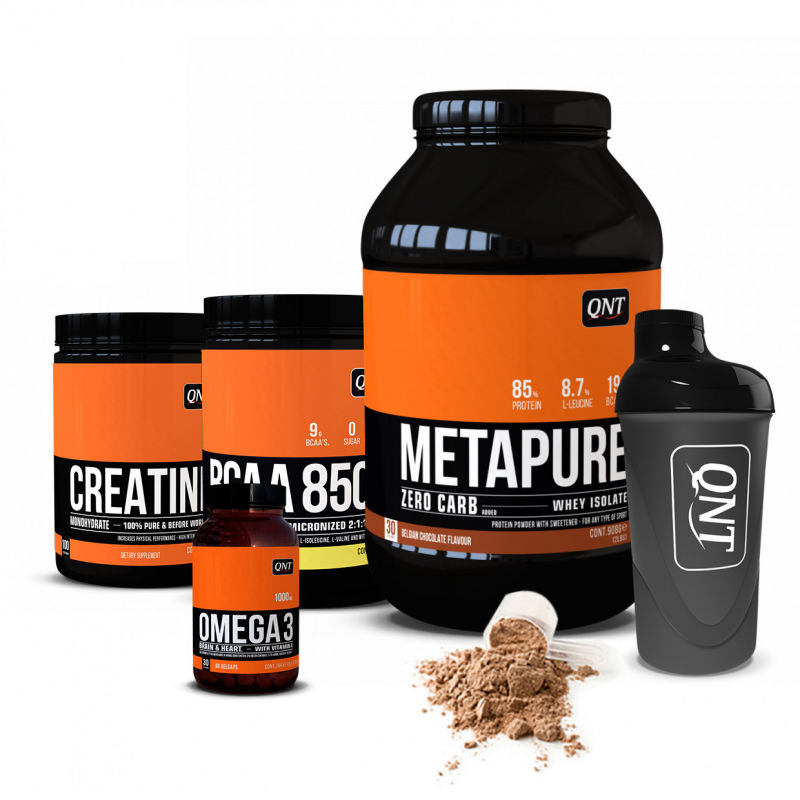 By buying this product you can collect up to 25 points. Your cart will total 25 points that can be converted into a voucher of €0.50.

Are you looking for a refreshing drink that will bring you support during your workout sessions? Look no more and try Actif Carbo Load, a drink consisting of carbohydrates to be consumed before and during trainings. Much more than an energy intake, drinking Actif Carbo Load is going to have a real impact on your performances by fighting fatigue and dehydration during your workout sessions, even the most intense.

Fortified in caffeine, green tea and guarana, Actif Carbo Load will help you keep up your performances during your trainings, even the most intense. Convenient and easy to take with you everywhere, this thirst-quenching drink will bring you a lot of energy and it is available with a delicious lime flavour or a delicious red fruits flavour. Wait no more and fall under the taste of this drink that is such the perfect energy boost.

Actif Carbo Load will help you enhance your physical performances. This drink will make a difference during your workout sessions thanks to its action on your nervous system and its stimulating properties. Among others, it can help you improve your endurance and your muscular strength. Indeed, its components will boost your energy by providing you with a little kick as a proper pre-workout would. This drink will allow you to increase your energy instantly and lastingly, for unparalleled performances.

Through the action of its ingredients, Actif Carbo Load will help stimulate the central nervous system and improve cognitive functions such as focus. You will top up your energy levels while being more focused during your workout sessions for better performances.

The effect of its ingredients will prevent you from getting fatigued. By blocking and delaying the onset of the fatigue, Actif Carbo Load gives you the opportunity to train harder and longer. Besides, the fast-acting properties of its ingredients will also promote recovery. Your body will then be ready to handle your next workout session under the best conditions possible.

If you are able to benefit from all these advantages with Actif Carbo Load, it’s thanks to the properties of its ingredients. As its name suggests, this drink contains carbohydrates, also called hydrates of carbon. These elements will allow the energy to last in your metabolism. The hydrates of carbon will thus support you during your workouts, even the most intense.

The role of hydrates of carbon is beneficial for all sportspeople, in particular for energy intake. Indeed, an intense or long sports session will generate muscular fatigue in addition to a drop in glycogen levels. That is why it is important to fill up in hydrates of carbon before and during your workout session in order to prevent potential losses and replenish your glycogen levels, to benefit from a sustainable source of energy.

Finally, this hydrating drink also contains caffeine. This is one of the most studied and used ingredient in sports nutrition thanks to its stimulating action on the metabolism. Its efficiency is due to its fast-acting action that will have an instant effect on the neurotransmitters of the nervous system. This caffeine property will also have plenty of positive effects on cognitive functions such as focus.

The only thing left for you to do is to choose your favourite flavour between lime and red fruits in order to experience all the benefits of this drink during your workout sessions. Ideal for sportspeople and active people looking for an energy boost, Actif Carbo Load will help you reach your goals by supporting your performances.

This food supplement should not be used to replace a balanced and varied diet and a healthy way of life. Keep away from young children. Do not exceed the recommended dose.

1/2 daily bottle before and during training session

Be the first to write your review !

Manufacturers may occasionally modify their labels. The actual labelling of products may contain additional and/or different information from that shown on our site. Always read the information, warnings and conditions of use on the label or packaging before using or consuming a product.